AppleOne Properties Inc. (API), in collaboration with the Cornell Lab of Ornithology, Philippine Eagle Foundation, USAid and Ayala Center Cebu, invites the public to see the alarming situation of the Philippine eagle in the documentary “Bird of Prey (The Story of the Rarest Eagle on Earth)” in free screenings in Ayala Center Cebu today, Nov. 12.

“Bird of Prey” takes a sweeping look at the vanishing world of the great Philippine eagle and the people determined to save it from extinction. This document on film is by Neil Rettig, a six-time Emmy Award winning cinematographer with over 40 years experience in filming rare and endangered species worldwide. Rettig first documented the Philippine eagle in 1977 with “To Free an Eagle,” the film that influenced then president Ferdinand Marcos to appreciate the raptor and change its name from the comical Monkey Eating Eagle to the appropriate Philippine Eagle.

The film is produced by the multi-awarded John Bowman and directed by Eric Liner. Bowman is a three-time Emmy Award winning executive producer and vice president of production for the National Geographic Society. Liner is a director and cinematographer who has filmed wildlife, wild places, and wild people around the globe. 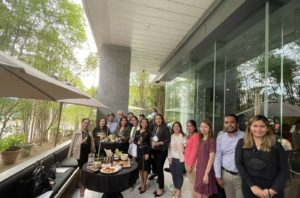 On December 2, 2021, AppleOne Medical Group (AMG), together with United Church of the Philippines (UCCP) celebrated a new chapter for VCMC with the aim